Stone was born in St. Louis Missouri, July 21, 1924 to Madalene (Chafin) and Charles Sumner Stone. He was raised in Hartford, Conn. He graduated from Hartford High in 1942. In 1943, he went on to receive U.S. Air Corps Flight/Navigator training in Tuskegee, Ala., during WWII. He attended Wesleyan College, majored in political science and economics and graduated with an A.B. in 1948. In 1951, he earned a Masters degree in sociology at the University of Chicago. He attended the University of Connecticut Law School for one year from 1954-1955.

He subsequently became an overseas representative for Cooperative for America Relief to Everywhere (CARE) in India, Egypt and Gaza in 1956. Upon return in 1958, he joined the New York Age, first as a reporter and then as its editor.

From 1960 to l963, he was editor and White House Correspondent for the Washington Afro-American. He induced discomfort among readership at that time by his diligent pressure towards the Kennedy administration to move forward with their Civil Rights agenda.

He briefly became the Editor-in-Chief of the Chicago Daily Defender in 1963, but was fired in 1964 for refusing to decrease his continued attacks on the powerful Chicago mayor.

Stone became special assistant to Representative Adam Clayton Powell, Jr., Chairman U.S. House Education and Labor Committee. Representative Powell would become a major influence on his life. In 1967, Representative Powell was thrown out of congress. Without a job, Stone embarked on a new career, writing. He edited a collection of Powell’s sermons titled Keep the Faith Baby, followed by a book on a collection of Stone’s past columns while at the Age and Defender titled Tell It Like It Is. He next wrote Black Political Power in America, followed by the novel King Strut, which was based on a fictionalized character’s rise and fall similar to Adam Clayton Powell’s. Stone was a contributing author  to Through Different Eyes, Contemporary Black Thought: The Best of the Black Scholar, The Black Scholar, We’ll Take It From Here, Sarge by Garry Trudeau and the D.H. Lawrence Review.

In 1970, he became Director of Minority Affairs at the Educational Testing Service (ETS) charged with the mission to investigate why minority students scored less well that whites in Standard Aptitude Tests (SATs), but resigned citing institutional racism and apathy. He went on to help found the FairTest, the National Center for Fair and Open Testing.

In 1972, the Philadelphia Daily News recruited him as their first black columnist. Over the next 19 years, he developed a notorious reputation with his outspoken and tough political and social views. He denounced discrimination, racism, police brutality and ignorance. In addition, he provided commentary on local television and radio.

Due to his unrestrained focus on police brutality and the criminal justice system, he developed a reputation among criminal suspects as a safe person to surrender to as fugitives. Over 75 wanted suspects turned themselves into Stone. I981, he risked his life to help successfully release six hostages held at Pennsylvania’s Graterford Prison.

While still at the Daily News, Chuck Stone began his career in education as a visiting lecturer at Bryn Mawr College’s Graduate School of Social Work and Social Research. In 1982, he was a Fellow at the John F. Kennedy School of Government at Harvard University. In 1985, he became a professor of English at University of Delaware where he taught journalism.

Chuck Stone became one of the founding Presidents of the National Association of Black Journalists.

In 1991, he became the Walter Spearman Professor at University of North Carolina at Chapel Hill where he taught censorship and magazine writing. He won Excellence in Teaching on more than one occasion. Stone retired in 2004, but before retiring, he  authored a children’s book Squizzy, The Black Squirrel.  Over his career, he received  six honorary doctorates and multiple awards and citations including Lindback Foundation Excellence in Teaching, Undergraduate Excellence in Teaching, Distinguished Service in Journalism Award, National Association of Black Journalists Lifetime Achievement Award and Free Spirit Award, The Freedom Forum.

He was preceded in death by his parents, his ex-wife of 49 years, Louise Davis Stone and his sister Anne Dowdy. He is survived by his children Krishna Stone, Allegra Stone, Charles S. Stone III, grandchild Parade Stone and by his sisters Madalene Seymour and Irene Gordy.

Charles Sumner “Chuck” Stone Jr., celebrated local journalist and educator, who was intrigued with the world and life, died April 6, 2014.

See some of the various media tributes to Stone and his legacy: 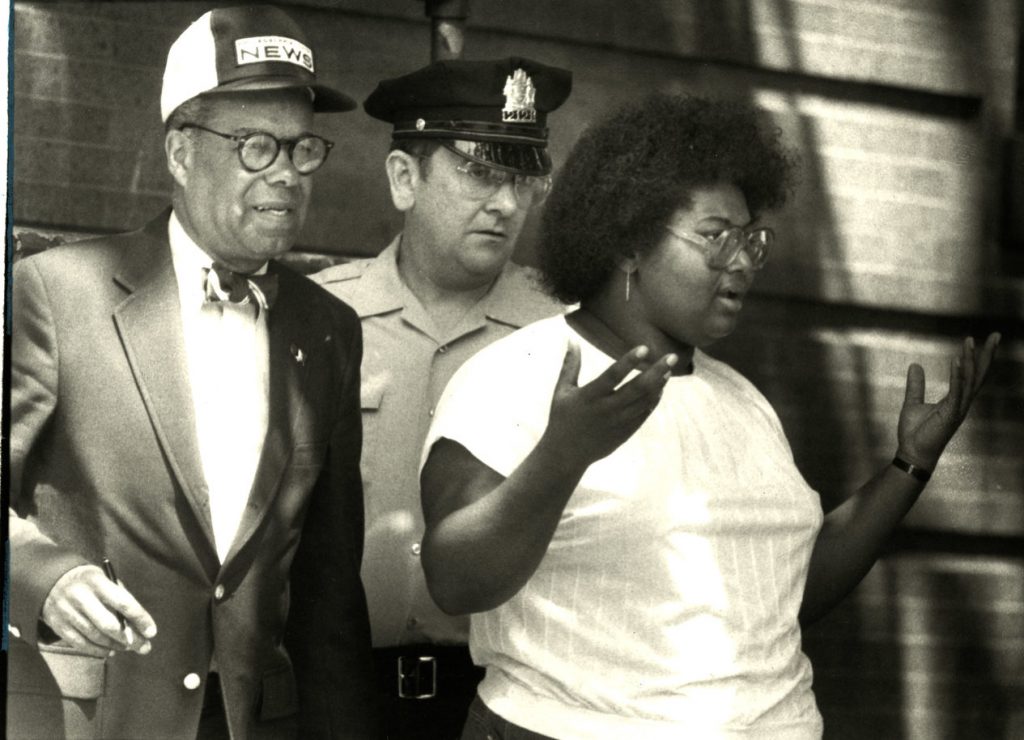 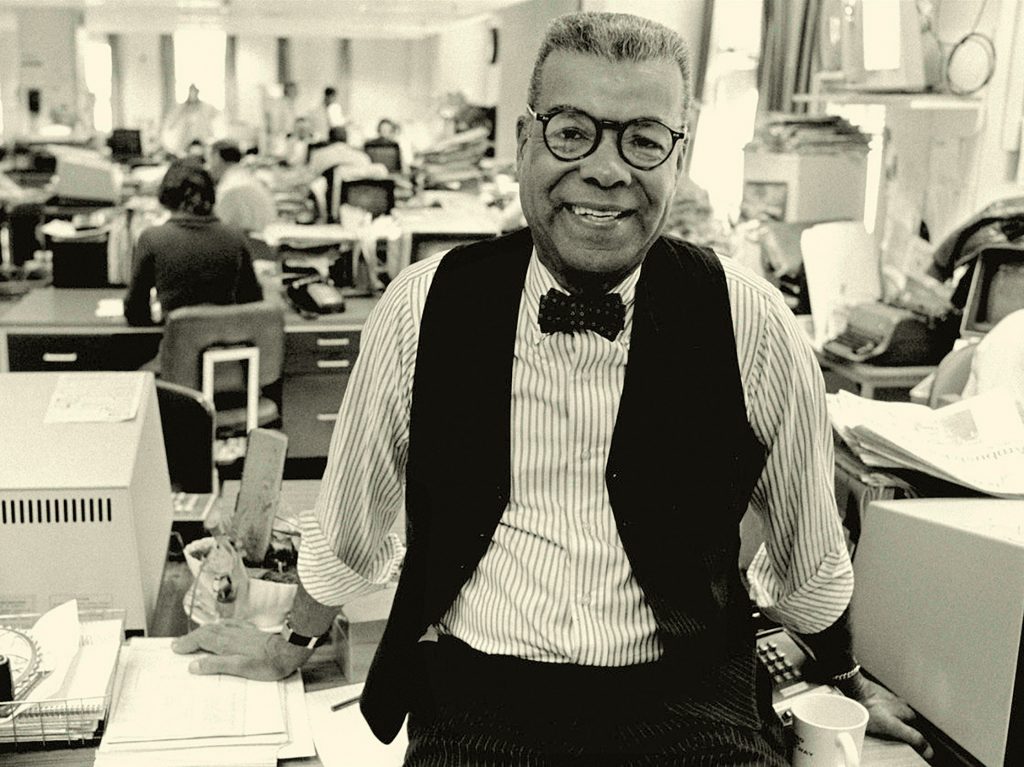 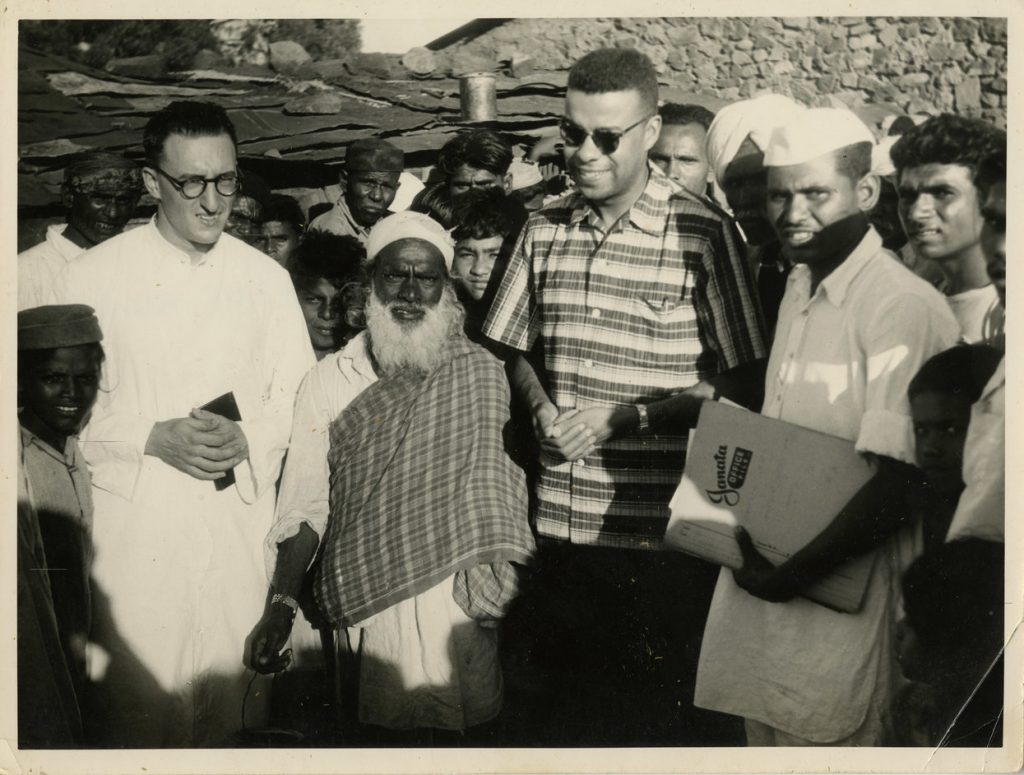